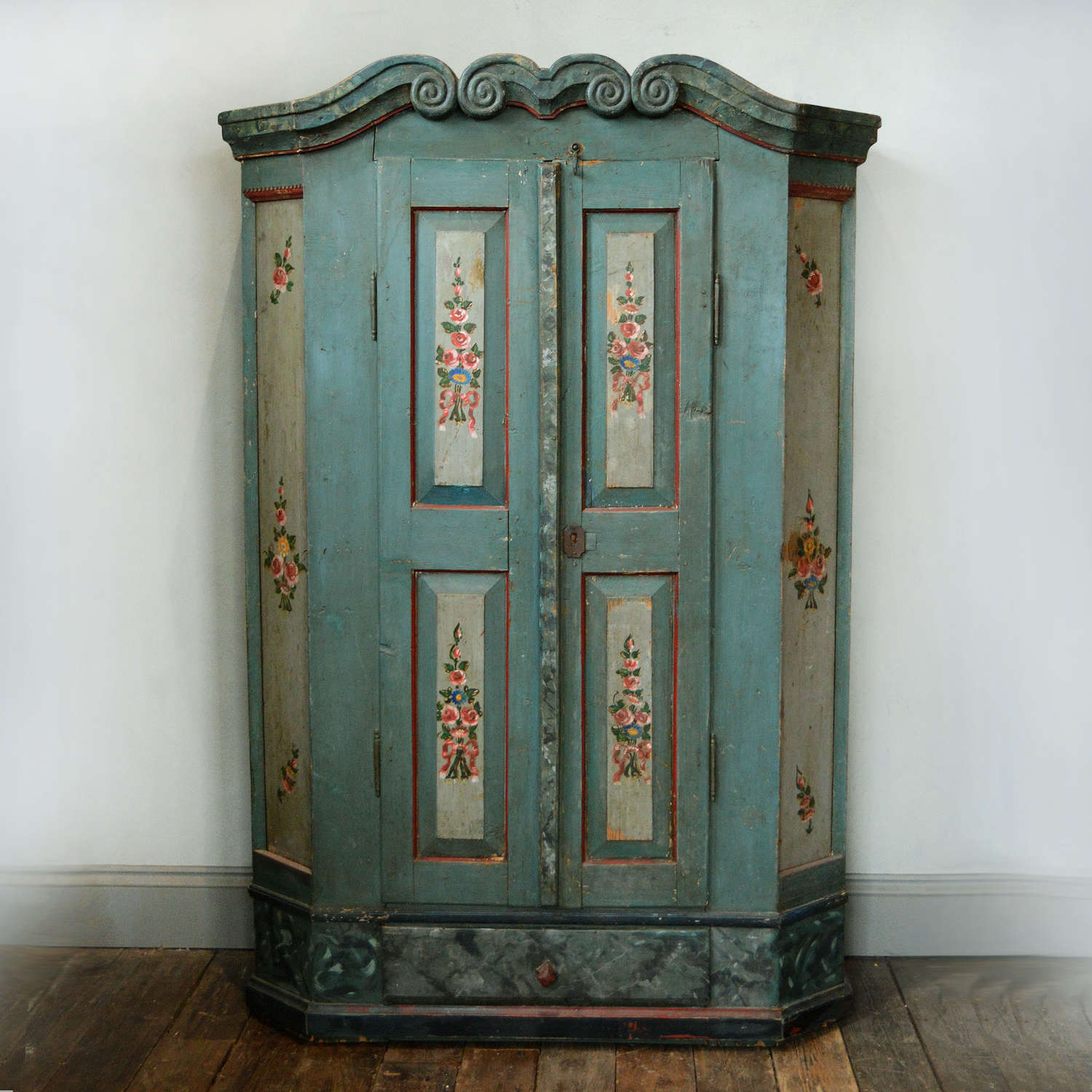 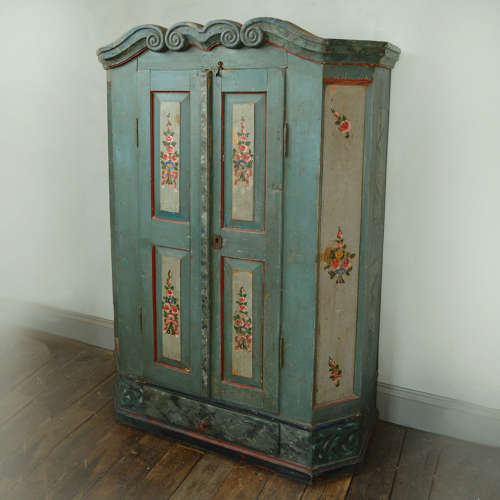 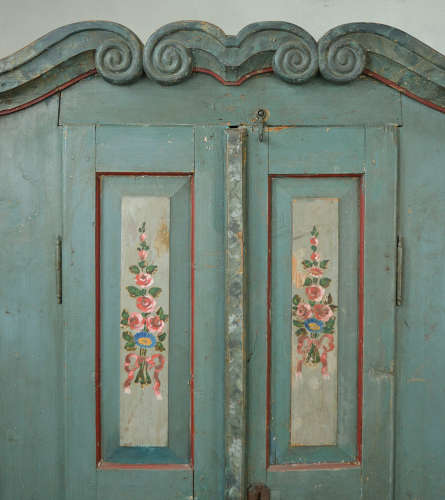 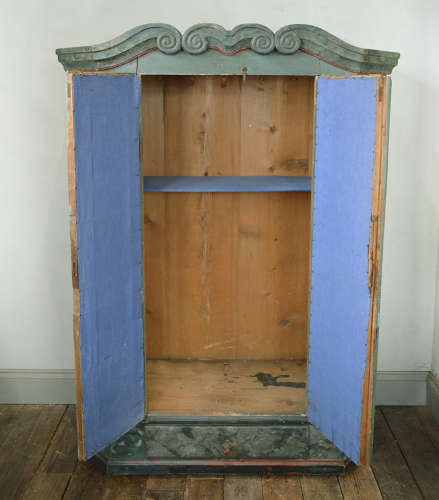 From just outside the Austrian fortified town of Kufstein in the Tyrol come this 19thC marriage armoire.
The area is essentially an alpine farming region characterized by modest family farms with small beef and dairy herds and snow bound winters. Farmers would start saving for their daughters dowry from their early teens. Marriage armoires were the principle gift to the couple and displayed at the wedding feast for public approbation. Unlike the neighbouring German forms the other side of the border in S Bavaria, these Tyrolean marriage pieces often have rather fetching bowed or as here double bowed cornices with curlicued decoration. Fabulous!
The pine bodies were obviously locally produced but the painted decoration was often executed by travelling journeymen artists, often Italian.
They worked mostly on ecclesiastical decoration but would turn their hands to marriage pieces, carts and internal panelling as required.
The regions' typical ground colour is a beautiful blue/green with abundant but tastefully painted floral cartouches on the door panels and sides.This piece has hand painted wedding flower bouquets of roses and cornflowers, to symbolise love and prosperity.
Faux marbling gives the bottom drawer and base a lift. After 180 years the armoire is  a remarkably sound piece of functional furniture and a magnificent piece of folk art. Its impossible to look at it without smiling.
Fitted inside with shelves (not quite deep enough for hanging space)