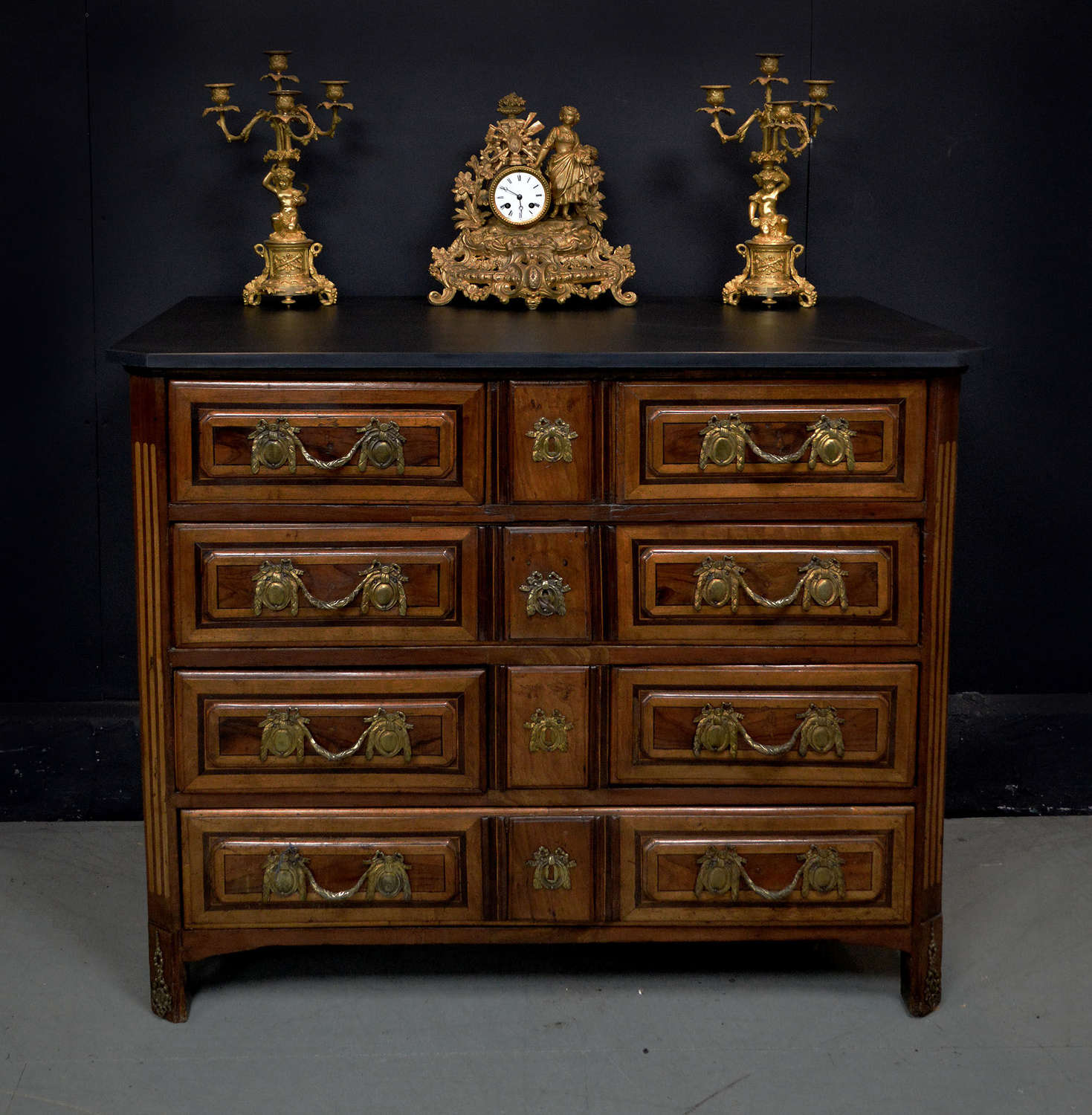 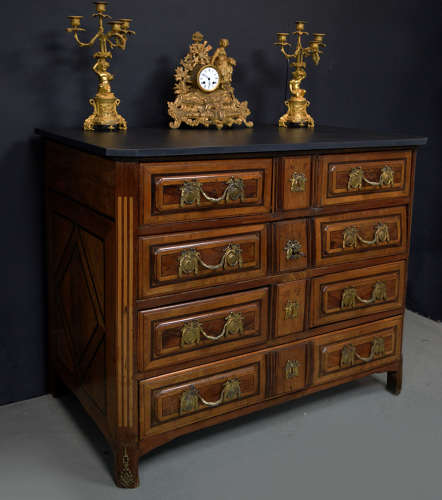 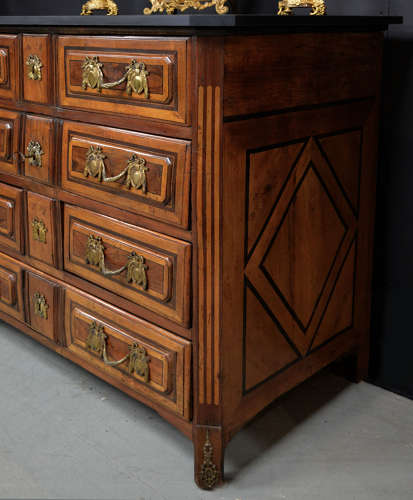 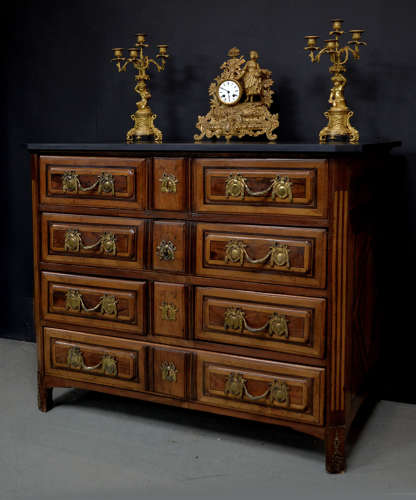 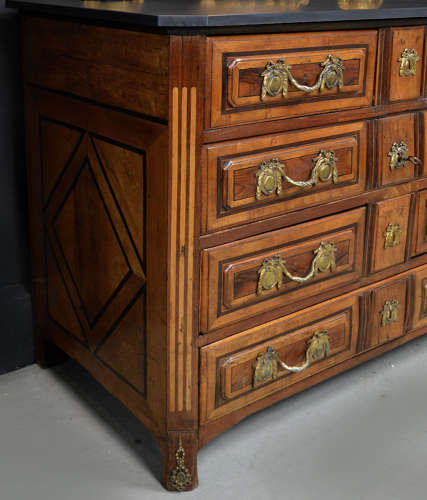 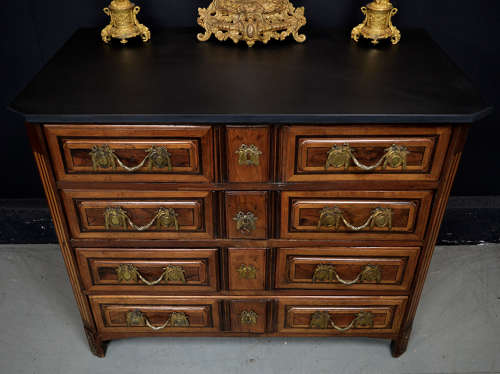 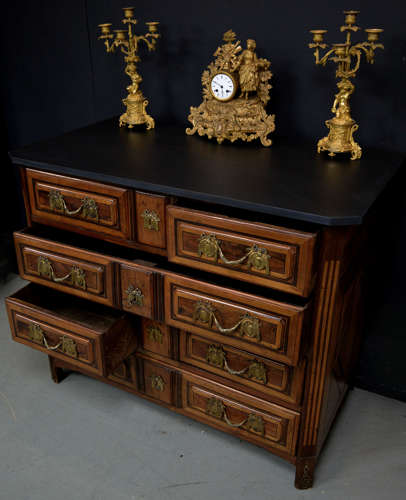 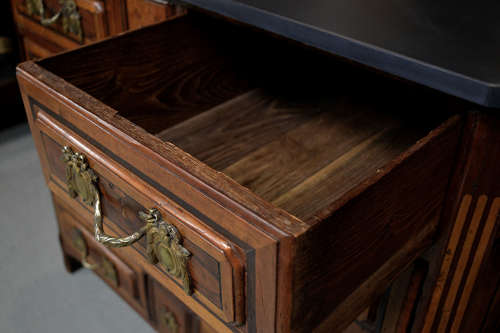 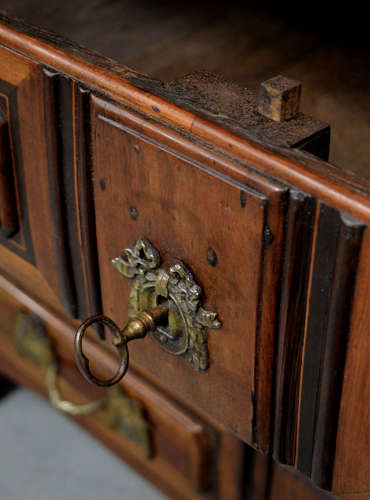 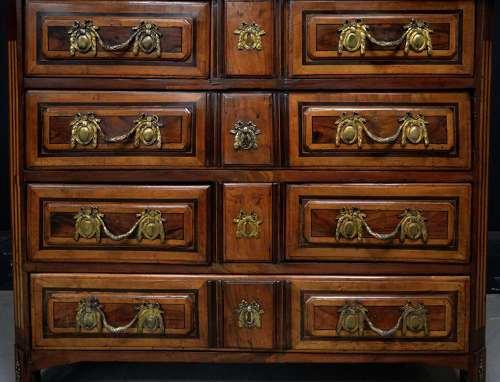 Rare late 17th Century Louis XVI Dauphinoise marquetry commode c1690.
In the manner of early Thomas Hashe of Grenoble.
​​​​​​Walnut and olive wood with box and ebony stringing.
Later 18th Century Louis XVI fittings.
Fine chestnut dove-tailed drawers, middle long drawer has original working iron lock and key.
Unusual arrangement of 6 drawers. Two over one, over two over one drawers
Replacement Italian slate top, it would have likely originally had a wooden marquetry top.
Some restoration to the veneers but otherwise in very good order for a 330 year old!