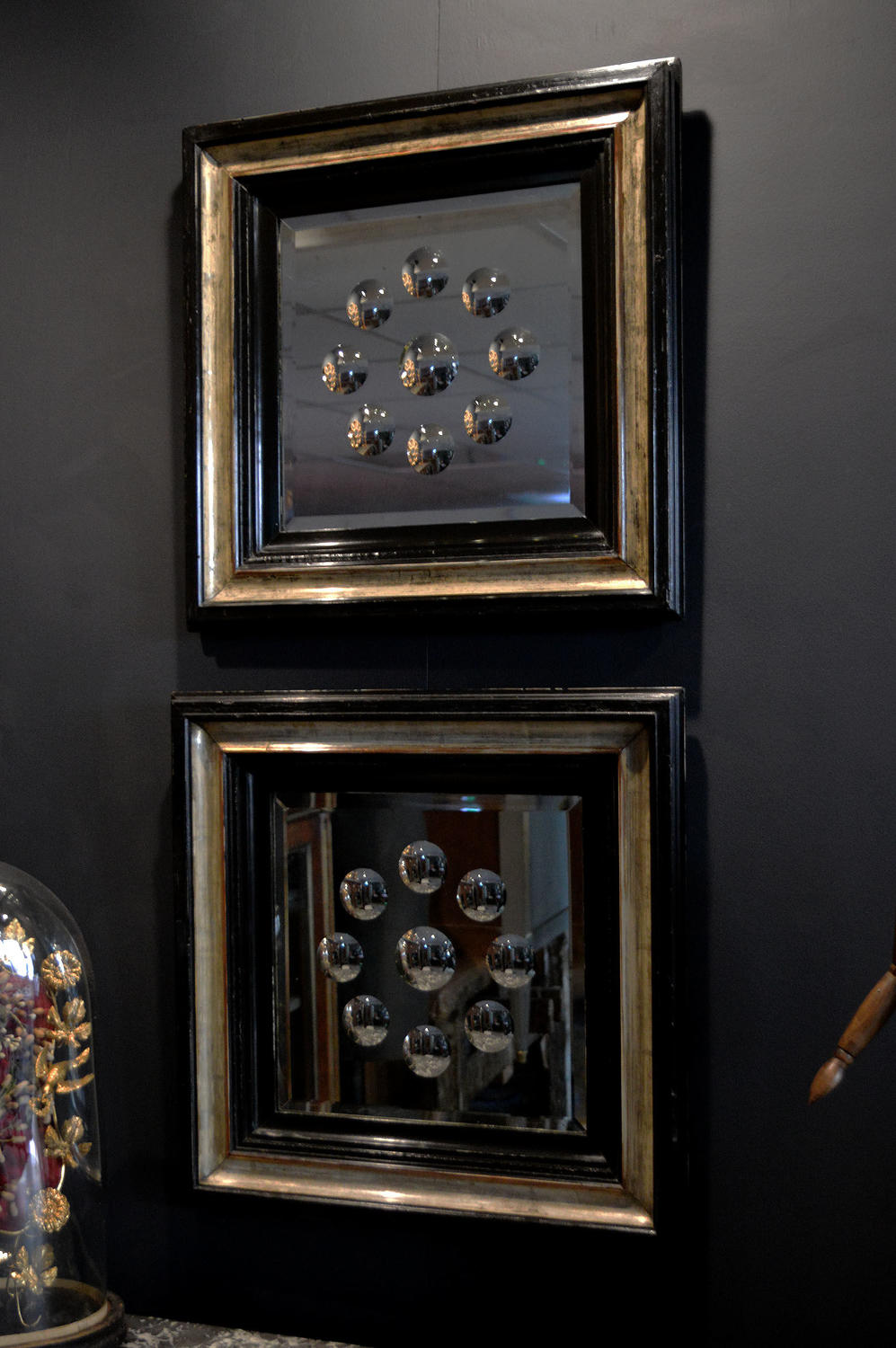 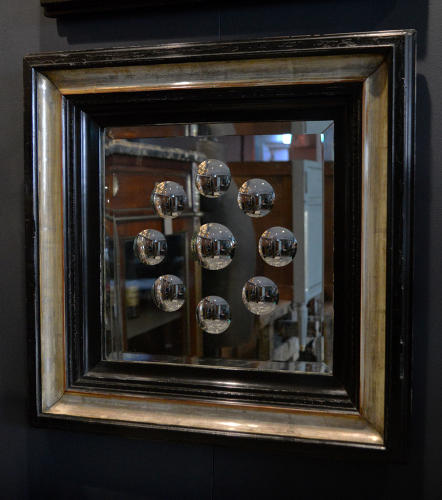 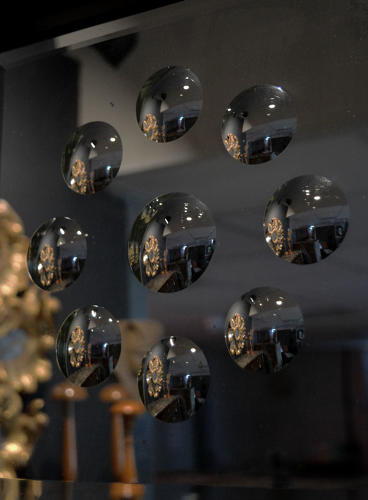 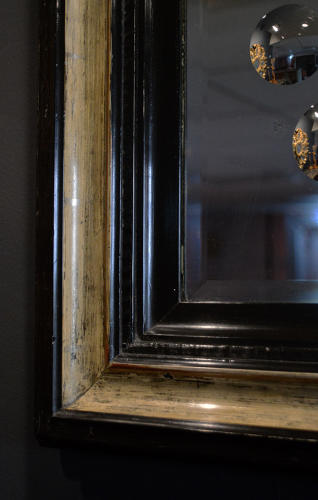 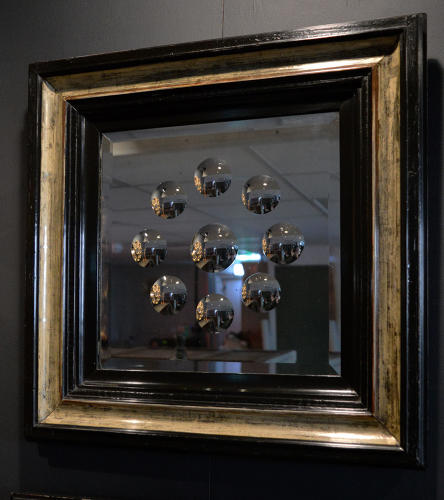 Rare pair of 1900's Sorcerer's or witches mirrors.
Very popular though the 19th century and early 20th century, when interest in the occult was at a peek.
Sometimes used for scrying or to hang in the home, where the distorted image would ward off evil spirits
Both reversed etched plates in good condition with just a few spots of foxing
Original frames with original worn silver gilt and later black ebonised finish.