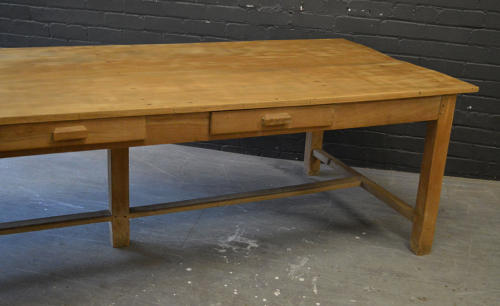 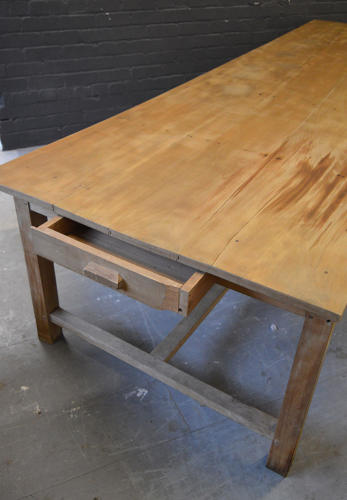 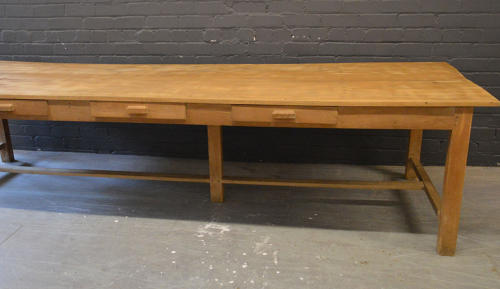 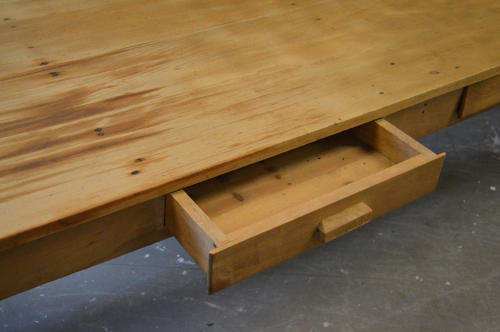 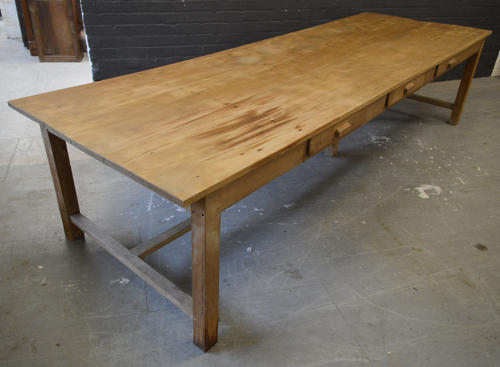 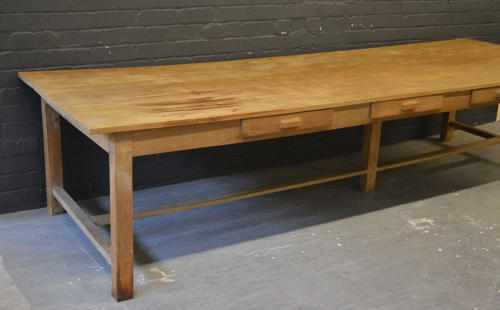 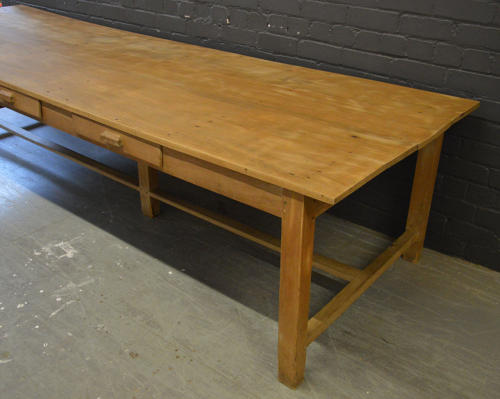 This fantastic seamstresses table came from a chap whose father was the maintenance man for the Paris fashion house of Jacques Heim. I confess, I'd never heard of him either but according to Mr Wikipedia was a name back in the day. Starting in the 1920's this fashion house went through the war with its Jewish owner working actively for the resistance. Success followed the war when Jacques Heim created dresses for Charles de Gaulles' wife (Yvonne), Sophia Loren and most famously a then outrageous bikini worn by a young Brigitte Bardot in the 1950's.
Jacques died in 1967 and his fashion house was bought up, becoming part of what is now Pronuptia.
The table itself was built as an 8 seamstress workstation, each with her own drawer. Some of the drawers bear the womens' names (Agnes etc). In a contemporary kitchen this world make a fantastic dining table /centre aisle. In France they're snapped up by fabric shops (Tissue Mondial) for upmarket display tables. Built of beech, it's practical, indestructible but fairly light in hue and construction so won't overwhelm its location. The French are now discovering industrial furniture themselves so such pieces will soon become impossible to source. When its not serving pasta for 12, you can run up some really long curtains on it!